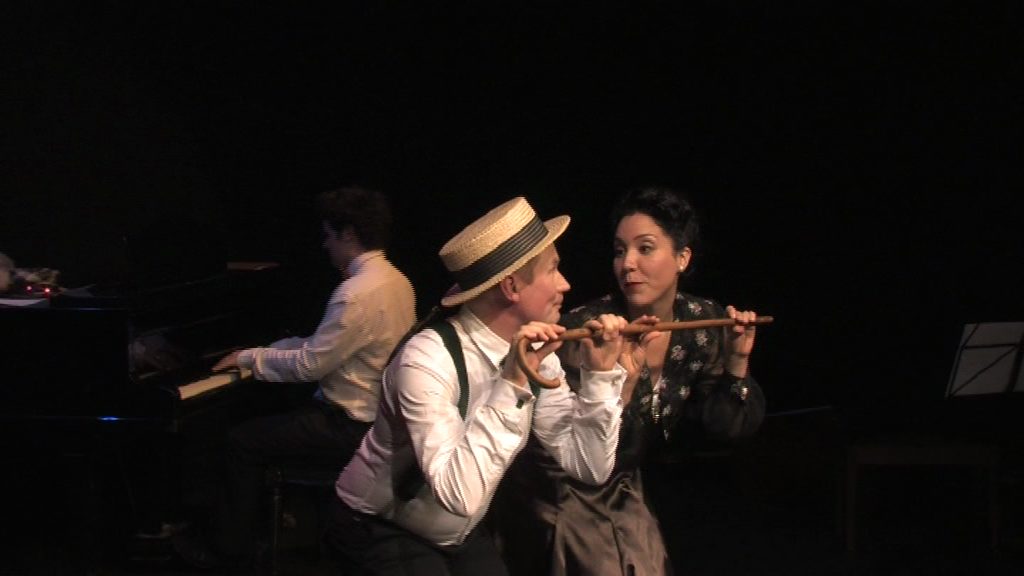 And the Music plays to it

The career of Rosita Serrano in Germany

1953. In an artist’s dressing room in Berlins Sportpalast, a woman sits on the verge of – or beyond – a nervous breakdown.

It is the singer Rosita Serrano. Her planned comeback has just failed. Outside, the hall is raging – but not with enthusiasm, but with indignation. Boos, whistles and screams increase in tumult. The singer had to be forced to leave the stage, and the outraged audience demanded their money back.

It is one of the big scandals in show business in the young Federal Republic.

Based on this situation, Rosita thinks about her eventful life.
Within a few years she became one of the flagship stars of the National Socialists cultural scene, and an exotic one at that, but came into conflict with the regime in 1942 and ultimately did not return to Germany after a guest performance in Sweden.

This story gave rise to a music theater evening, which was played for four years after its premiere in October 2011.

A longer recording of a performance at the monsun.theater is now available online.

With Judith Tellado Gonzalez in the leading role, Harald Burmeister and Georg Sheljasov
Written and directed by David Chotjewitz, costume and set design by Kathy Allers
Produced with the support of the Department for Culture and Media of the Free and Hanseatic City of Hamburg.